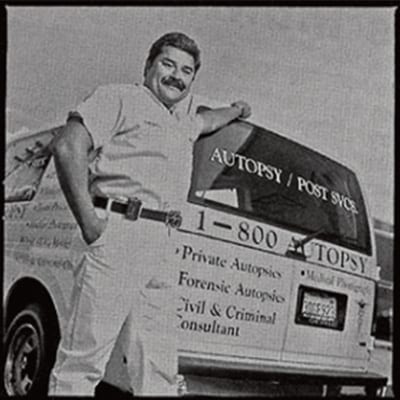 Although often referred to by his nickname “El Muerto”, Vidal Herrera is known by his colleagues as a trailblazer and a true pioneer in the private autopsy service industry. He is not only the beating heart of 1-800- AUTOPSY, but lectures around the country on the continued importance of autopsies in the United States.

Vidal Herrera has nearly 40 years of experience working within hospital and medico-legal forensic environments. His first hospital position at the LAC/USC medical center, was as a Nursing Attendant. After numerous advancements within the hospital, Herrera landed at the county morgue as a Mortuary Attendant.

Shortly thereafter, in 1979, Herrera was promoted as a Field Deputy Coroner-Investigator for the Los Angeles County Chief Medical Examiner-Coroner.

Realizing that his extensive and specialized skill sets were needed by others, Herrera began offering independent private autopsies in the southern California area.

During his tenure as Investigator, Southern California was experiencing an unprecedented rise in serial killings, i.e., The Hillside Strangler, The Skid Row Slasher, The Freeway Slasher, The Grim Sleeper (Strawberry Killer) and The Night-stalker. These landmark investigations led to a ‘coming of age’ in forensics, where for the first time forensic science played a key role in identifying criminals.

In the summer of 1984, while responding to a call, Herrera was instrumental in identifying Richard Ramirez (The Night-stalker) leading to his eventual prosecution and incarceration. One month later on August 28, 1984 he sustained a career-ending lower back injury while lifting a body at a crime scene. Major spinal surgery ensued, forcing him into retirement, where over the course of four years, he fought to regain his ability to walk. Leaving his wheel chair behind, Herrera was eager to work again. In the years following his retirement, Herrera came to see the public’s need for autopsies being overlooked by the medical community.

Since its original inception, 1-800-AUTOPSY has become a cross over success story, fascinating the likes of CNN, BBC, 60 Minutes, Dateline and countless others. Mr. Herrera himself has been profiled in dozens of publications including The Wall Street Journal, Newsweek and Journal of American Medicine.

1-800-Autopsy’s continued success is largely based on the confidence and trust of all Funeral Directors both locally and nationally. With their support, 1-800-AUTOPSY has been given the opportunity to assist thousands of families during their delicate circumstance.

Vidal Herrera’s focus is always the same, “The deceased must be protected and given a voice.” 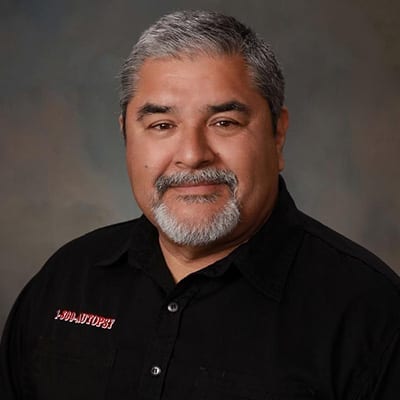 1-800-Autopsy’s continued success is largely based on the confidence and trust of all Funeral Directors both locally and nationally. With their support, 1-800-AUTOPSY has been given the opportunity to assist thousands of families during their delicate circumstance.

This Area is Widget-Ready

You can place here any widget you want!

You can also display any layout saved in Divi Library.